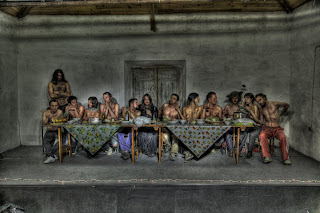 Nomad Lab was an artistic residency between 24th October and 14th November, at O Espaço do Tempo/Montemor-o-Novo, Portugal. It was a cooperation between O Espaço do Tempo/Portugal and Nomad Dance Academy/Balcan Countries. I just want to say thanks for everybody. It was really intense and important to keep on believing in my work. I will be reverberating all these days here in my blog. 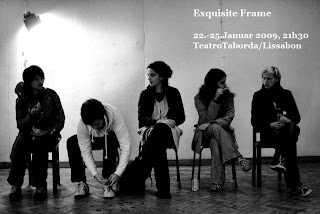 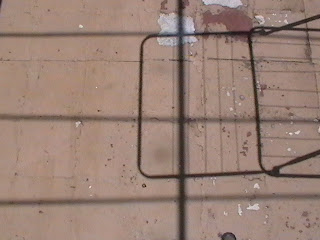 Our project aims to bring young people from different nationalities. Together, they are creating an interactive performance involving dance, music and video. The challenge first consists in a collaboration in each country; then the two groups get together to confront their different cultural and social environments. The young artists are using their living places and cultural habits as a starting point for their creation – one of the dancers lives on the fourth floor of a flat in the town center of Grenoble, while the other one lives on the ground floor with a terrace, near the Tejo river in Lisbon. They are each creating their own choreography with local group – a dancer, a musician and a movie maker– to send a video presentation to the other group, so as to communicate. After this long-distance exchange, they will confront their work and find a common aesthetic based on useful and universal objects: wash line and clothes. They will search how they change their contents according to the space. It is an original and creative dialogue about a culturally diverse Europe and its current questioning of the notion of community.The first part of this process resulted in a video, which is still in a work in progress. 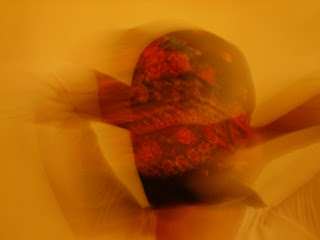 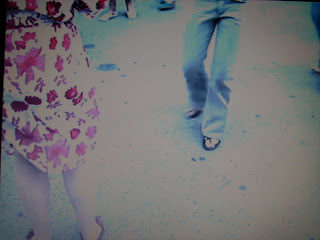 Following the research about stereotypes created by foreign people in relation to my country, Brazil, started in the solo "We don't have money, but we are funny"(2009), I intend to make in this performance the inverted relation: my foreign sight about the place where I am living for almost 3 years, perceiving on how this experience reflects in the body's presence and in the artistic work.

A trip to Minho(a region in the north of Portugal)in August 2009, made my interest to Portuguese culture bigger, specially through the contact with bailaricos
(traditional parties in small Portugueses villages). The relation between these parties and its romantic songs remembers me the songs I used to listen at the same kind of manifestation in Brazil. This helped me to enlarge the conexion points between the popular culture of Brazil and Portugal.

"We don't have money, but we are funny" 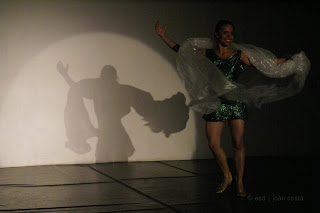 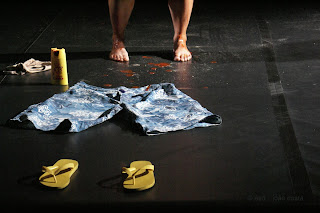 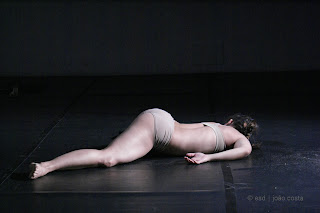 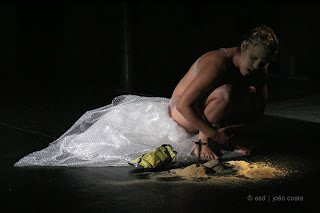 This is a solo created by the Brazilian dancer Mariana Pimentel in 2009.

The title was the first stimulus of the piece– it carries out different aspects of Brazilian society, from the economical situation to the people’s state of mind - leading to the starting point of facing the Brazilian clichés and its ‘common places’, to, in a posterior moment deconstruct them. This country is full of pre-conceptions, taking part in people’s imaginary through superficial perceptions.

This research intends to analyse not only the relation between Brazilian people and their culture but mainly between foreign people and Brazil. The deconstruction and des-contextualization are the constant challenges of this performance, because the cliché is powerful and lives by itself. It is this fine line that makes the performance appropriated, because it is in the edge of what can be recognized or not, defining a “Brazil- is- not –only- samba- soccer- women -and -beach” manifest.

The main focus of this performance is neither to present or to show the Brazilian culture nor to make an apologia of how this culture should be seen and which values one should give to it, either be a mere dissemination of another kind of information about this culture. The intention is to open up a reality making a confrontation with anothers; to use the Brazilian culture to bring important aspects related to other social conjunctures and cultural realities, and, last but not least, to warn about the prejudices and pre-conceptions which Brazil is the aim, exceeding its clichés through the cliché itself, making the performance a constant ridiculous and interesting redundancy.

Sinopsis: The defenceless and ignorant fragility of a country who dances, deceived by the capital bureaucrats. A corrupt present that is obscene. Being ‘sub-developed’ isn’t the ‘not having’ something: is not being in the present, and, at the same time, to forget the easily the past. But, isn’t better than faking a development, to enjoy this sub-development?
(Mariana Pimentel, based in the chronicle “We are never in the better days” by Arnaldo Jabor) 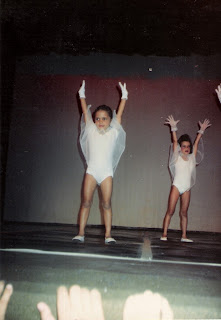 Born in Fortaleza (Brazil) in 1983, Mariana Pimentel studied in the Royal Conservatorium of Antwerp, in Belgium and is graduated in Dance by Escola Superior de Dança, in Lisbon, Portugal, where she could work with Francisco Camacho and Rui Horta. In Brazil, she collaborated with Alaya Dance Company and with the group Margaridas, dancing pieces from Rosa Coimbra, Lenora Lobo, Lina do Carmo and Laura Virginia. In Europe, the most important artists she collaborated were Felix Ruckert, Willi Dorner and João Galante & Ana Borralho.As a choreographer, she worked in a co-creation performance with disabled people in cooperation with Portuguese League for Motor Disabilities, presented at Centro Cultural de Belém, Lisbon, besides the permanent co-creation works with Cátia Leitão. “We don’t have money, but we are funny” (2009) is her last work, presented in festivals in Portugal, Austria and Sweden. At this moment, she is preparing a new work, “IloveyouIloveyouIyou”(working title) supported by O Espaço do Tempo and “Tancarville”, a co-creation with Magali Benvenuti, financially supported by the European Commission. She is studying in a Master program called Contemporary Culture and New Technologies, at Universidade Nova de Lisboa, Lisbon, where she is researching about the presence on the stage as the midia of the body in contemporary dance.
Publié par Mariana Pimentel à 16:26 Aucun commentaire: